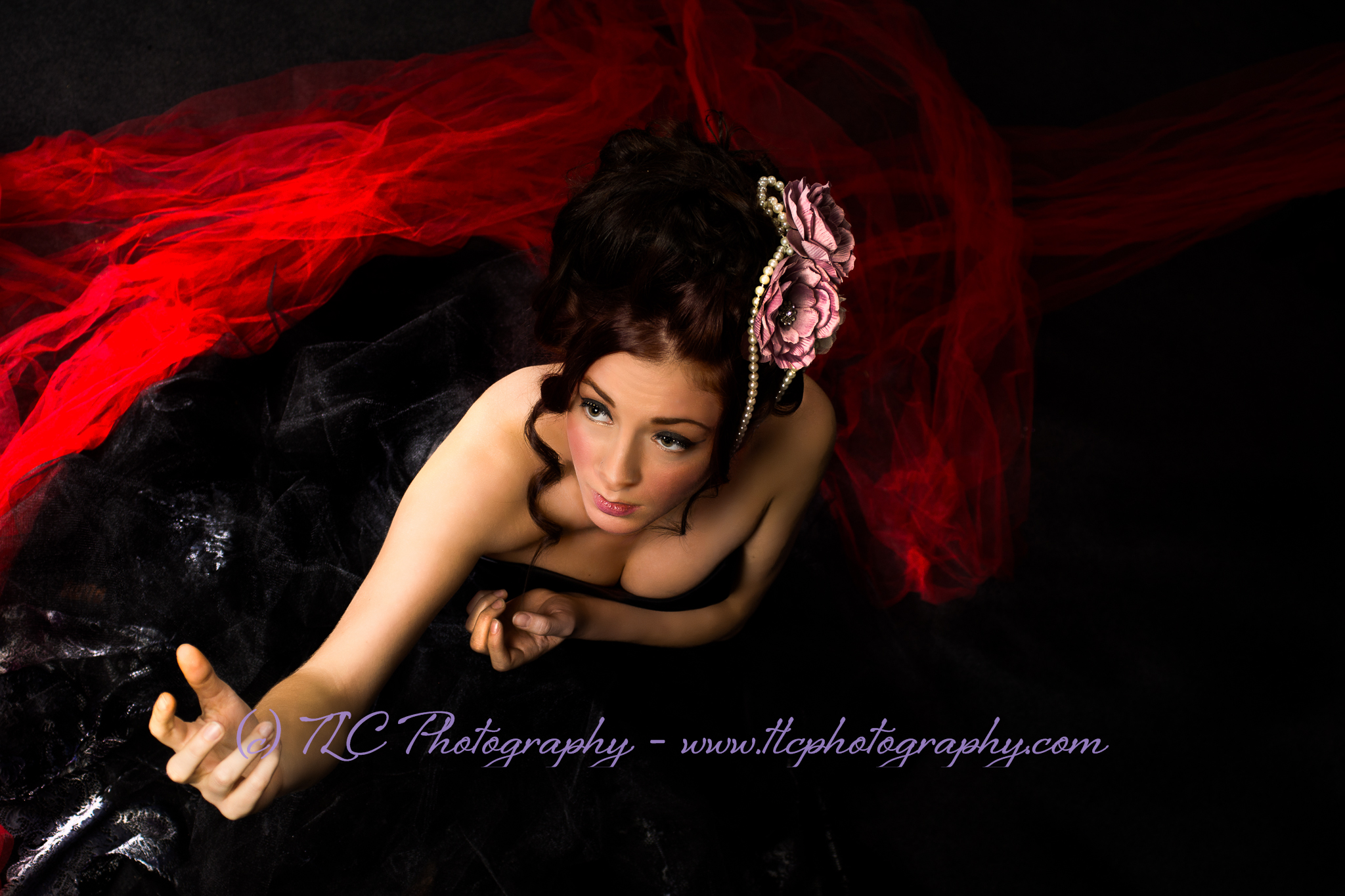 Sometimes concept shoots have a theme, or they are things I want to do to explore some technique or idea.  And sometimes they are borne out of a cooperative effort between multiple people.  This particular shoot was just that.

I had worked with Cindy Alderton a few times, on weddings, shoots, and collaborations of various ideas we had.  The graveyard shoot was one such concept shoot.  Her approach in that shoot was more intense than mine, but we achieved mutual results that were quite usable.

This time was considerably different.  Cindy designed and created the Amazing Black Dress, and we collaborated on the design of the hair, although Cindy ended up doing the updo work.  The design concept for the shoot was mostly mine, although the shooting angle and developmental approaches differed after the shoot.

I welcome collaborations with other artists.  We only grow through diversity.  Cooperation outweighs solitude by at least a hundred-fold. 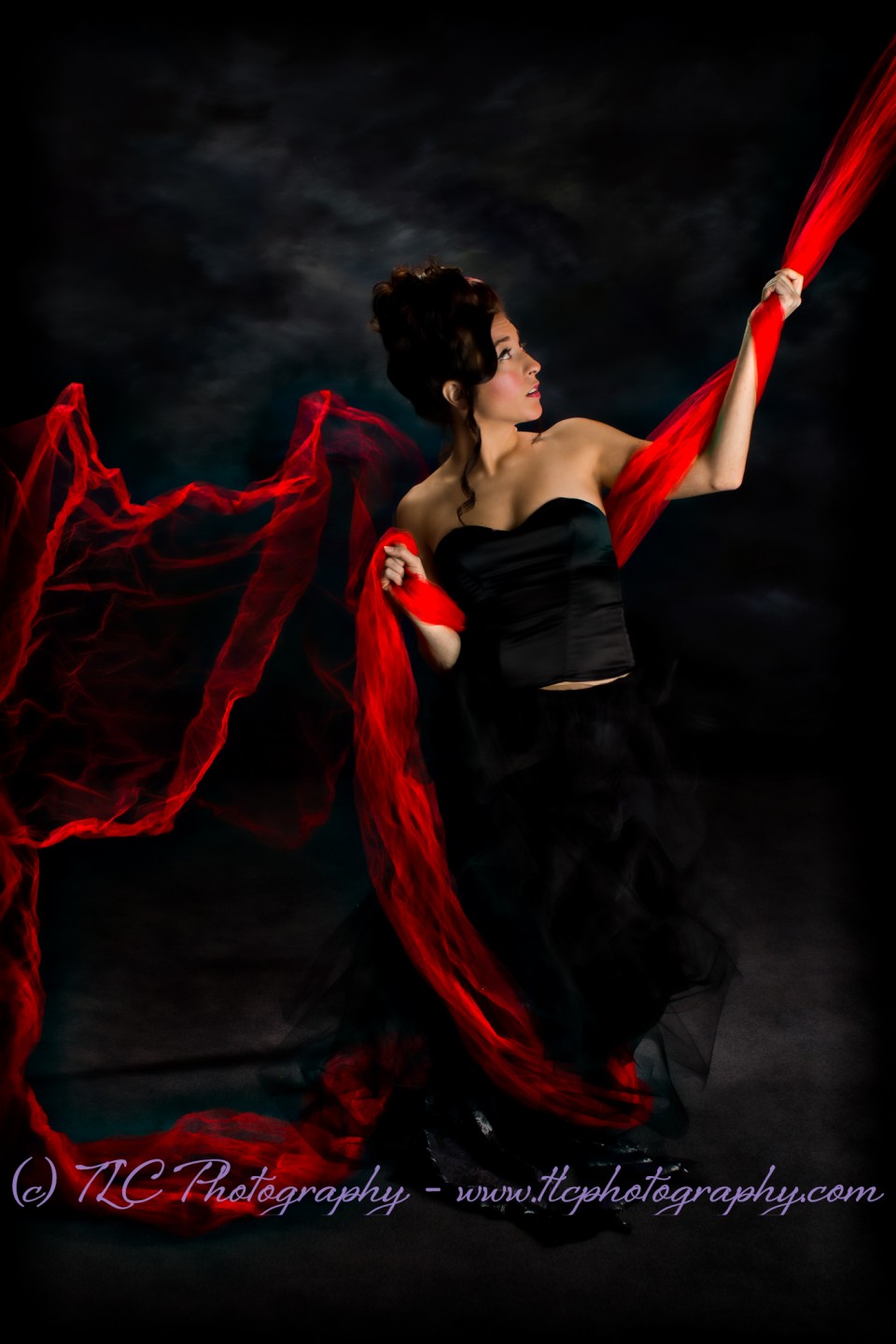 This first image comes from the idea that something is attempting to take the young woman away, a “something” that is scary and has her wrapped up in its way with the red sheer fabric.  It’s all quite open to interpretation, really.  I was going for the lighting concept more than anything else. 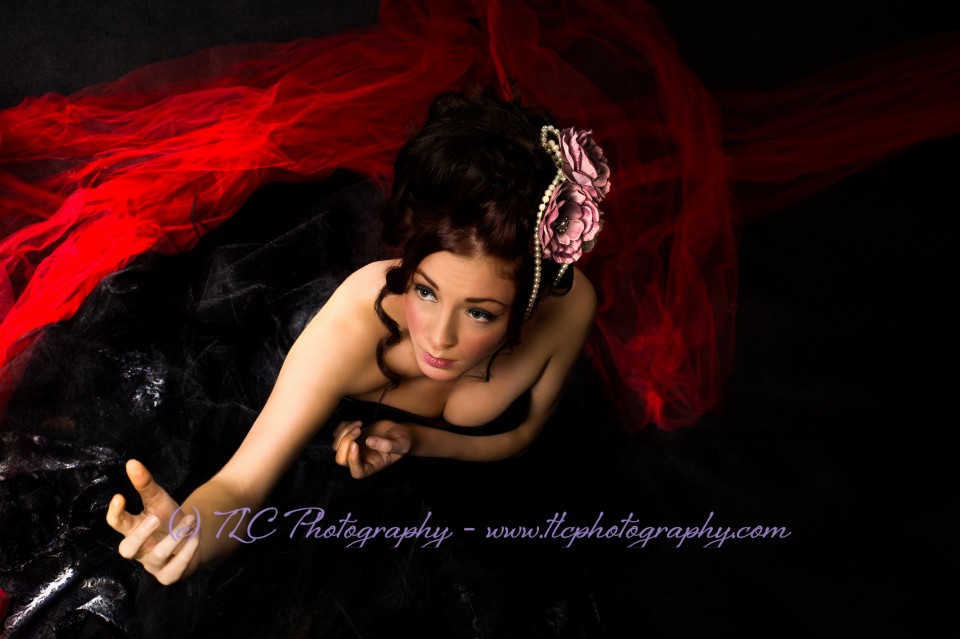 Now trapped, the young woman must plead for her safety.  What is at stake is not quite known, but it could get dire. 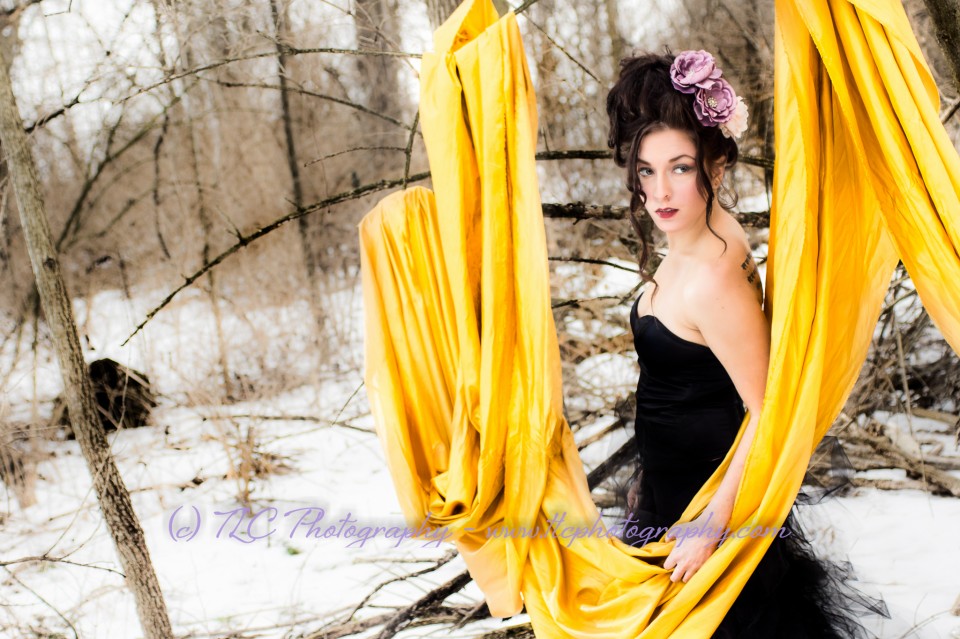 As punishment for her pleas, she is banished to the cold and to a less beautiful surrounding.  The model here, Veronica, made it look easier than it actually was.  With temps in the upper 30s, we spent brief periods of planned shots and lighting while she remained wrapped in a coat, and then unwrapped her, took the photos and wrapped her back up.

Sometimes you just have to make the best of a bad situation, and accept that the cold is not your worst enemy.  Perhaps your mind is.  The outside portion of this shoot took less than 30 minutes.  Cindy also did the model’s makeup… she’s sort of universally talented like that. 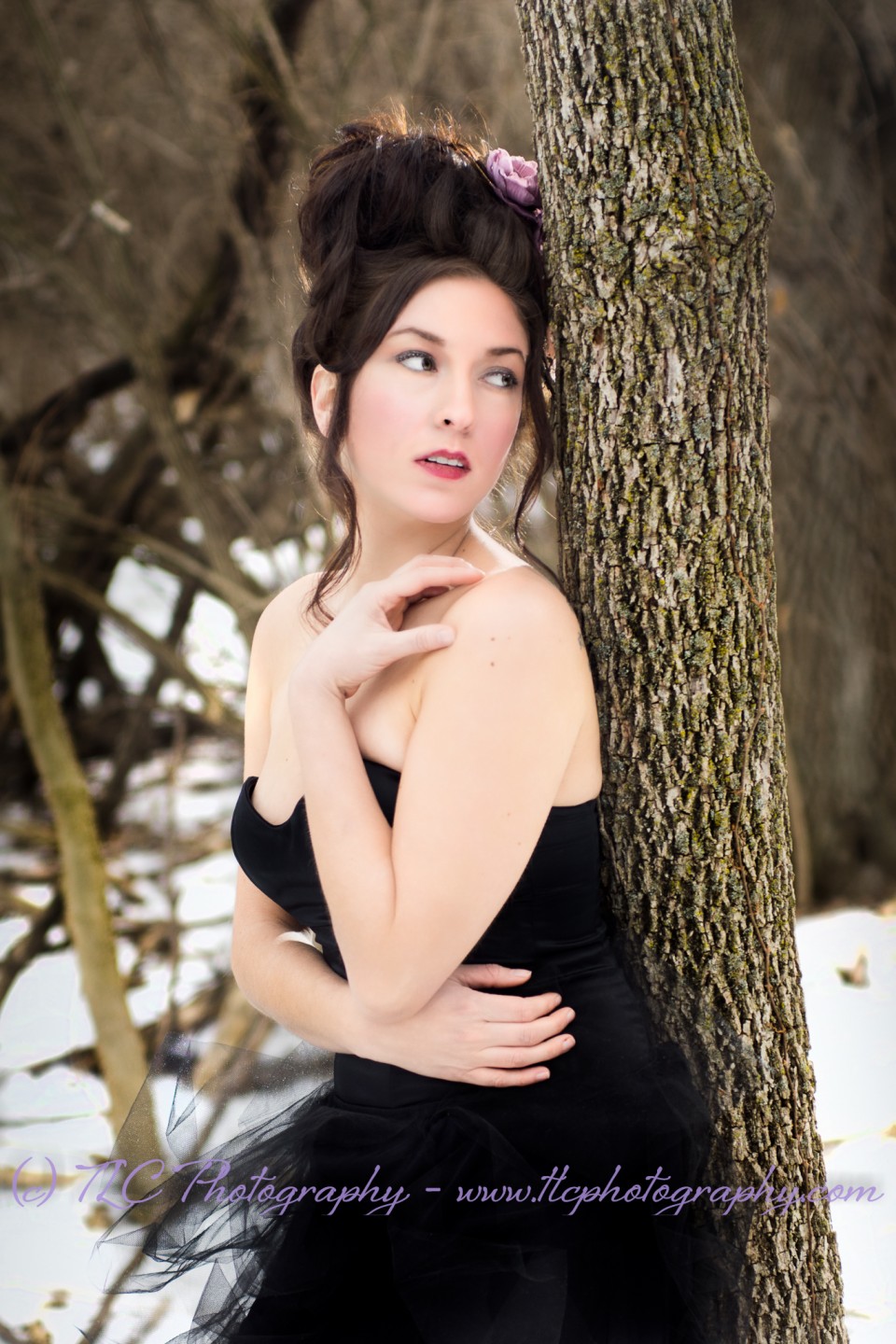 Finally, there is hope.  The potential of a rescue, a hero… perhaps a knight in shining armor?  Whatever it may be, at this point she’s hoping that it happens soon.

Blissful in rescue, our heroine rests knowing that soon there will be warmth and peace. 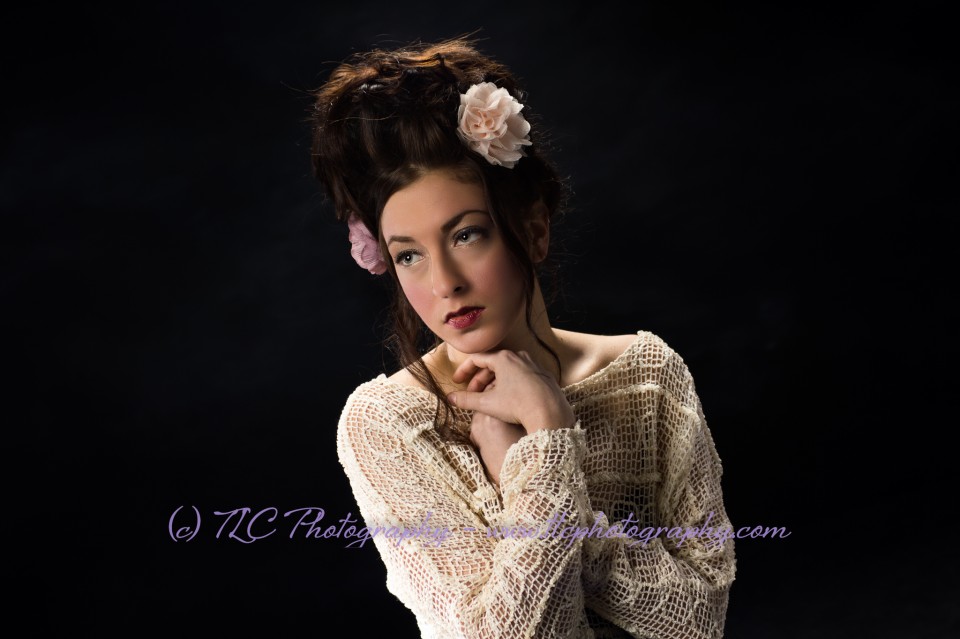 Finally back in the comforts, she wraps up and rests.  No more monsters for her.

Thanks for indulging the commentary.  The Amazing Black Dress shoot was a collaborative effort that had many facets of wardrobe, makeup, lighting, and image-making.

We like collaborating with other photographers, designers, makeup artists and more.  Please contact us to begin creating a new concept!