I’m a big fan of babies… and while there have been a lot of new posing techniques revealed and extolled by many photographers, I remain a fan of the classics, too.  Simplicity makes it all about the baby… 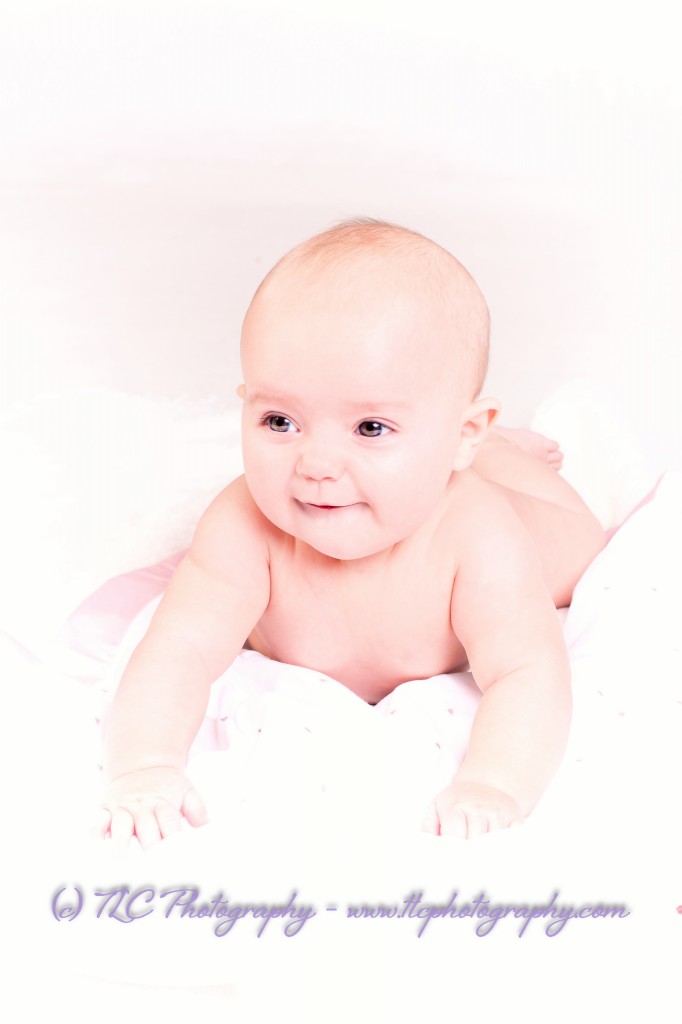 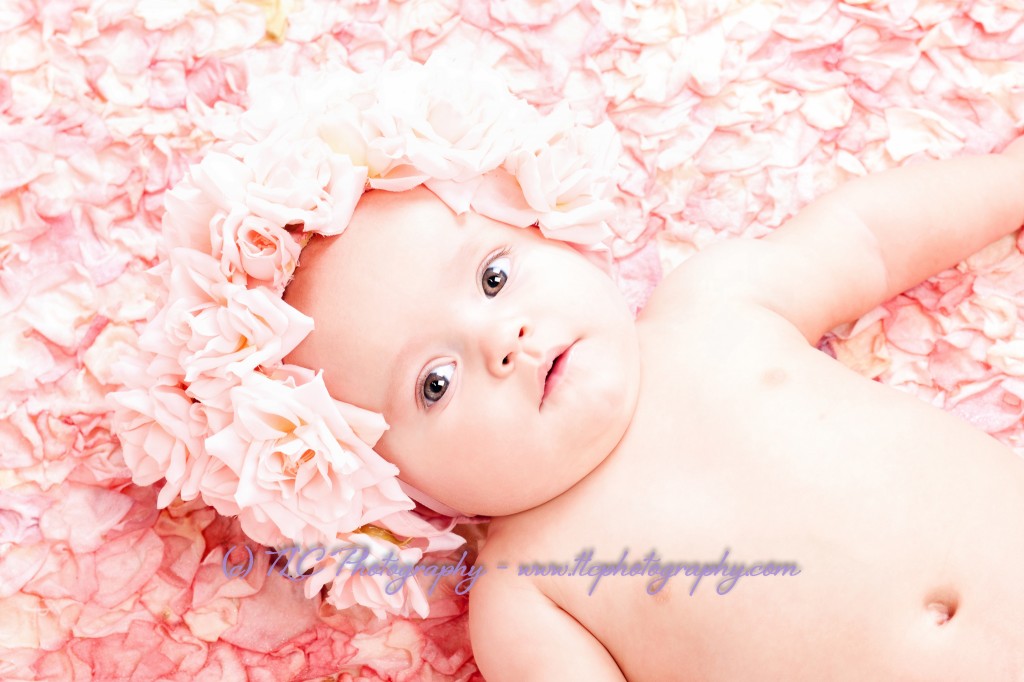 Do You Really Want The CD?

So, when your photographer advertises that big special offer, which might include a CD of images from the session, you’re ready to jump on it because you love getting the CD, right?  What’s not relevant here is how many images you get, or the circumstances.  What’s important is that if you only got a CD, you’re not only cheating yourself, but you’re getting cheated.  Read on.

Notwithstanding that a CD might cost less than a buck, and that your photographer with a certain style might spend less than a hour on your images, what are you really getting?  Yes, you get the experience and professional photography.  You get good customer service, a fun time with a genuinely nice person, and even some good pictures.  But are you getting something that will last forever?

Do you remember the 8-track tape?  Cassette tape?  Most people don’t use CDs anymore (they only hold about 700MB), and most use DVDs (which hold over 4GB).  But with the advent of Blu-Ray, how long will it be before that DVD is out of date?  Or that file format?  What will you do in ten years when DVDs are no longer supported by computers (most computers today no longer support floppy drives)?

Here’s something else to consider… where will you store your disk?  What will you do with the images on it?  Post them on Facebook?  How long will they stay there?  They may remain on your photo gallery for a long time, but they will get pushed to the bottom like all the others have over time.  And forgotten.  The disk may get lost or damaged (do you know how to take care of a DVD properly?)

It’s time for you to take control.  If your photographer offers only a disk, ask for more.  Demand prints.  Tell them you want your images to be on the wall, in full view, for all to see.  Be proud of your portraits, your wedding, your children and your family!  Don’t hide them away on a disk anymore.  Put them out for the world to see!

Listen… this is not hard to understand.  And yes, we DO sell the image files for most of our sessions and weddings.  But we always offer you prints at the same time.  And we always will, because they mean you will always see the pictures that you have tucked safely away in a dark storage place (after you made a backup, right?)

So, what are you going to do next time your photographer offers a disk-only portrait session?  That’s right, demand prints!

First things first… we are proud to hold this contest each year.  It’s our pleasure to serve a good cause (St. Jude Children’s Research Hospital), and enjoy meeting new faces and seeing a few old ones.  Thanks to each and every one of you who entered.

As you know, there can only be one top prize winner.  And, like just about everyone else, his mother described him as the winner.  She was right.

This is our first place winner… 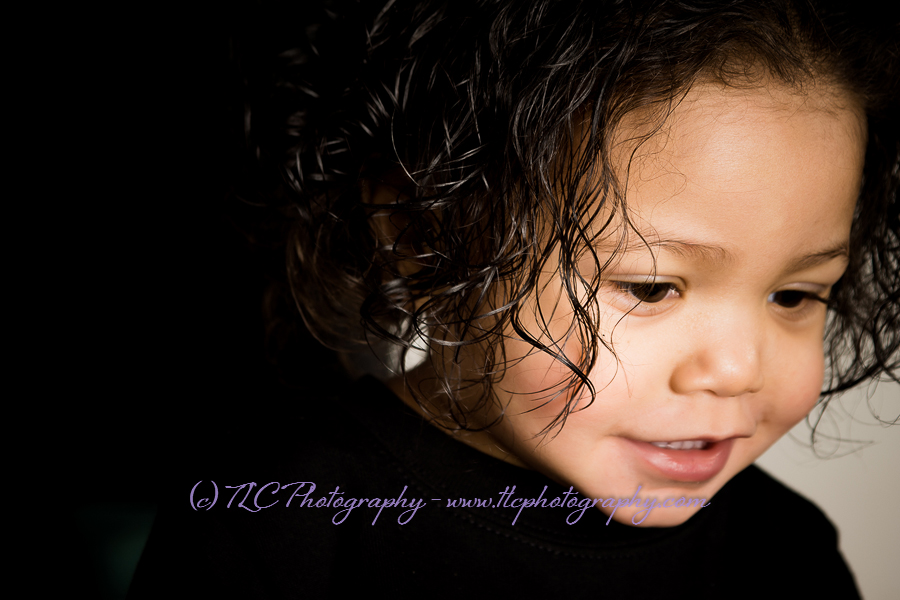 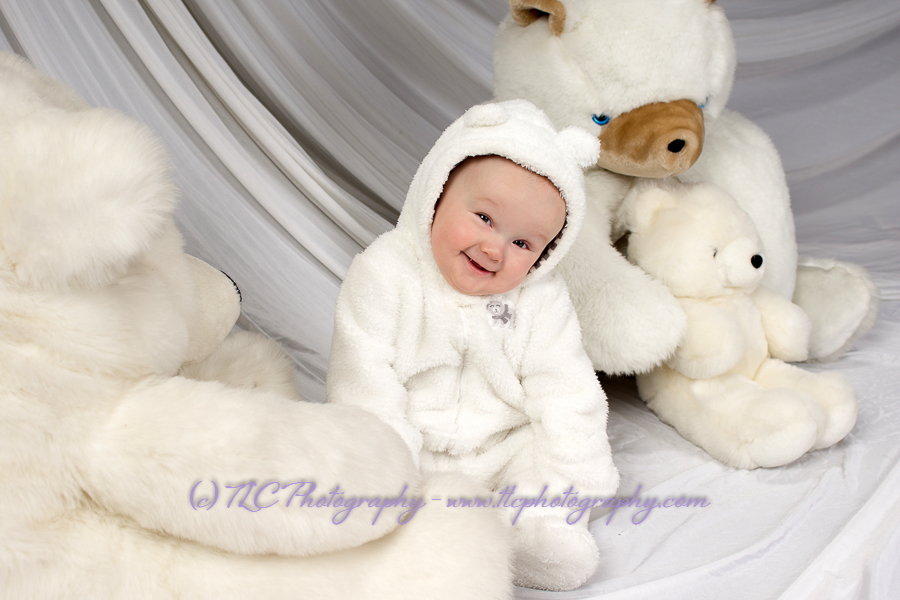 And our third place winner… 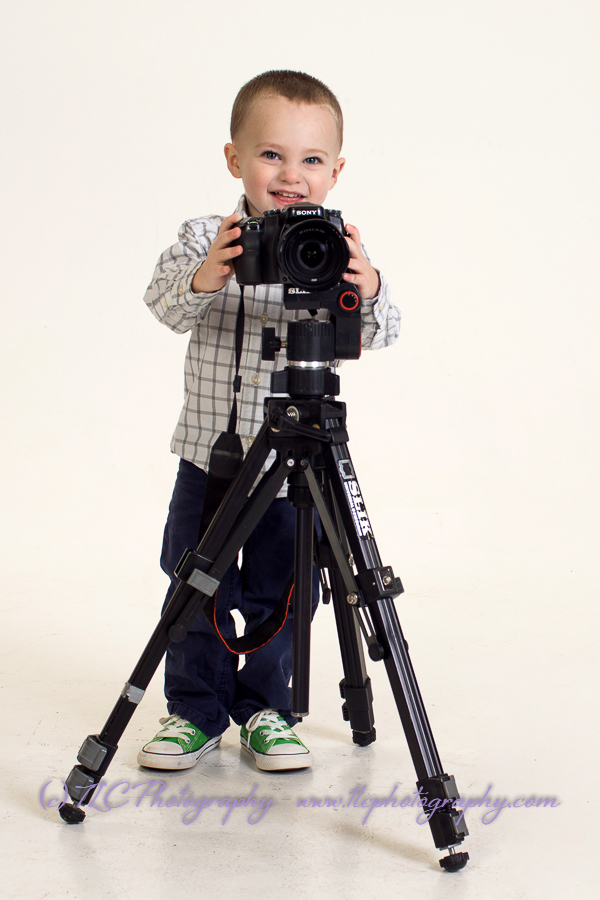 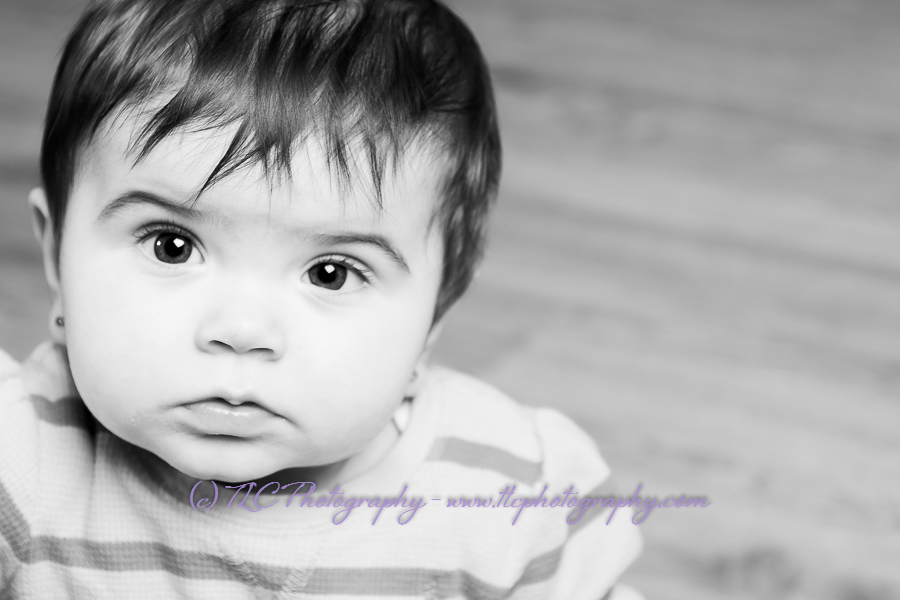 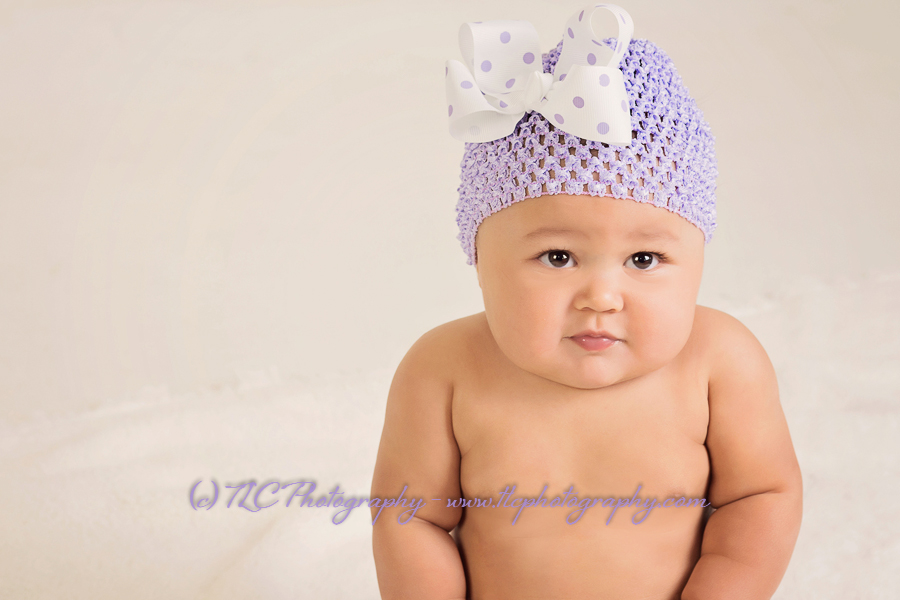 We want to express again how grateful we are to be a part of this wonderful community, and want to remind you of our upcoming promotions, including the Easter Pictures with a live bunny on March 24.  Call for details, 304-263-3100.

We’ve just had so many babies in the studio lately that it’s’ easier to catch up by posting a bunch of them at once.  We really have enjoyed seeing all the babies.  We look forward to many more. 🙂 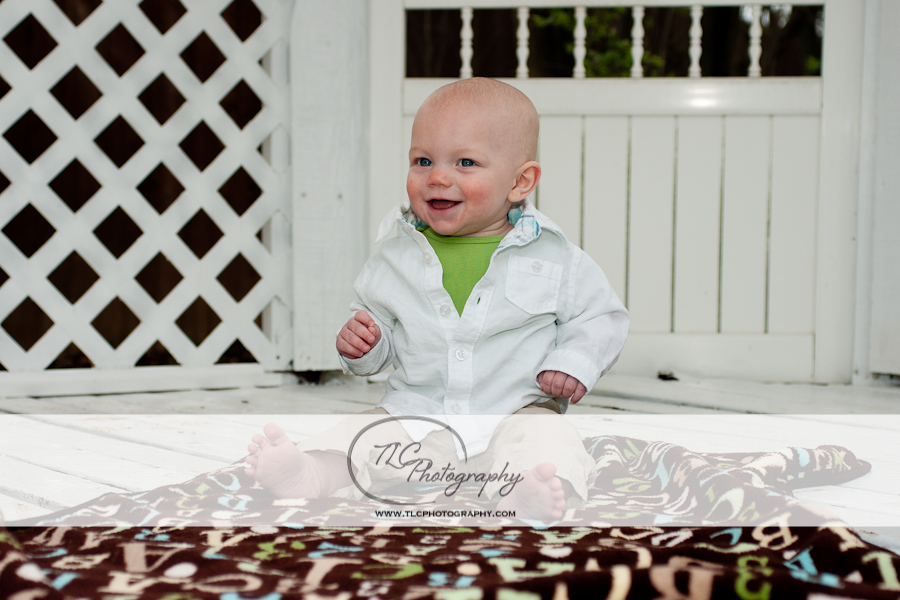 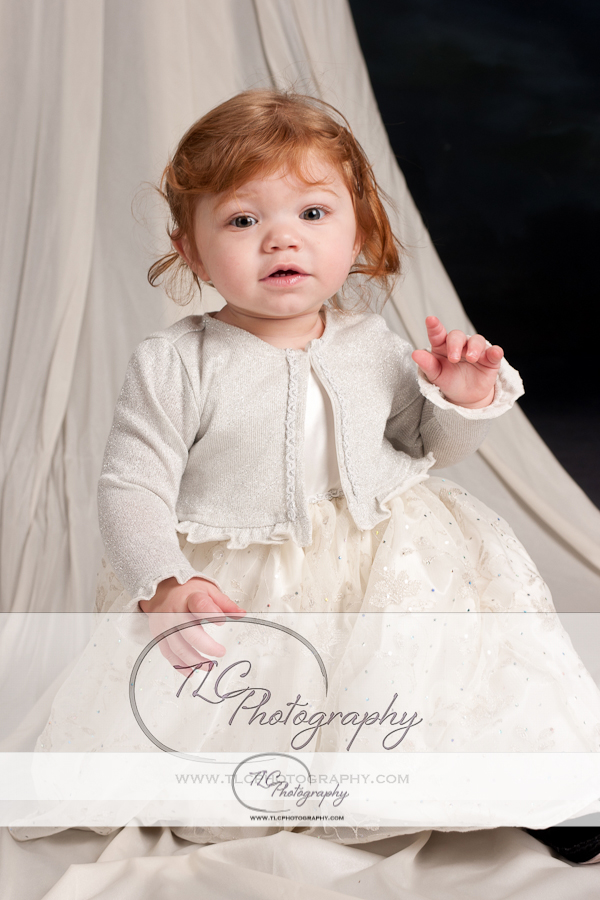 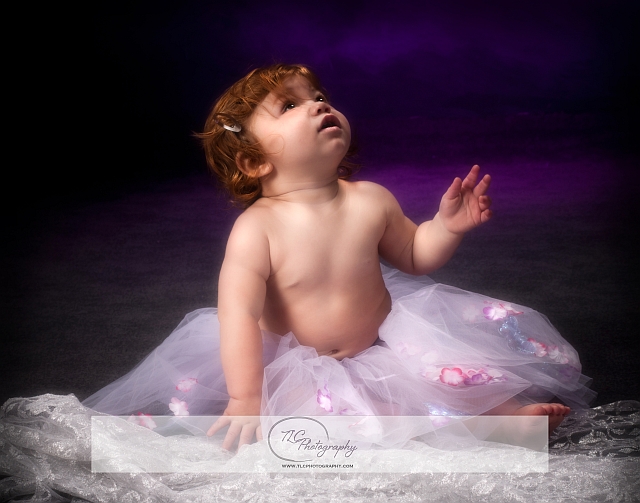 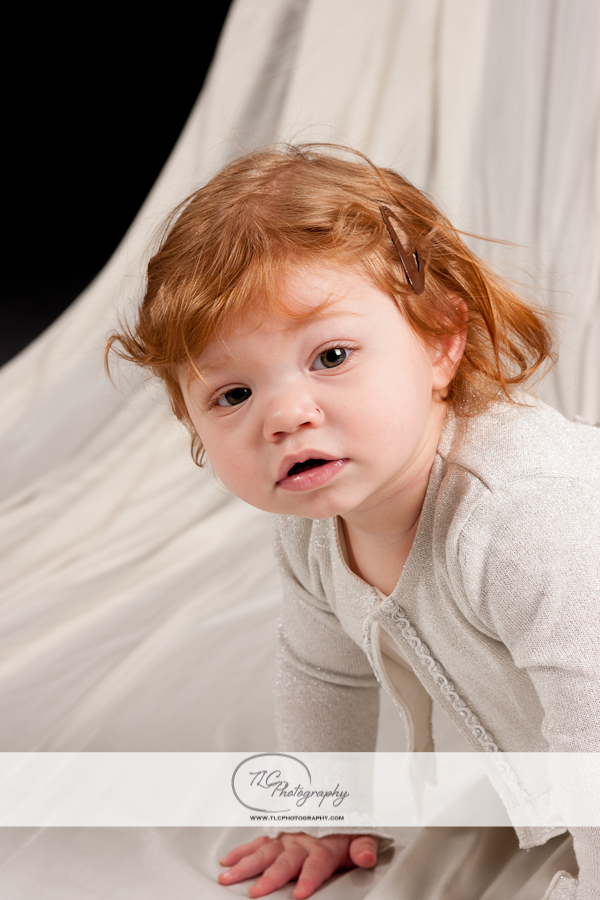 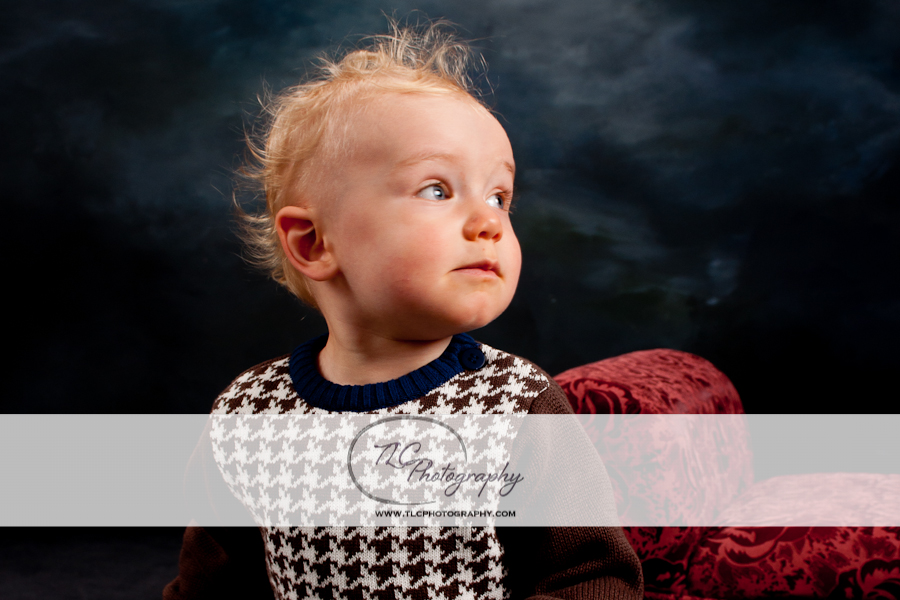 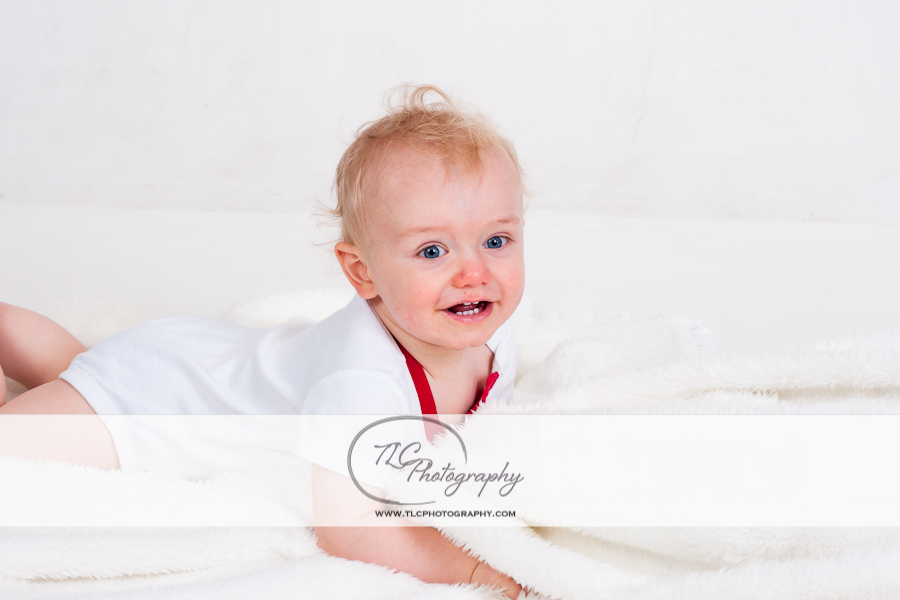 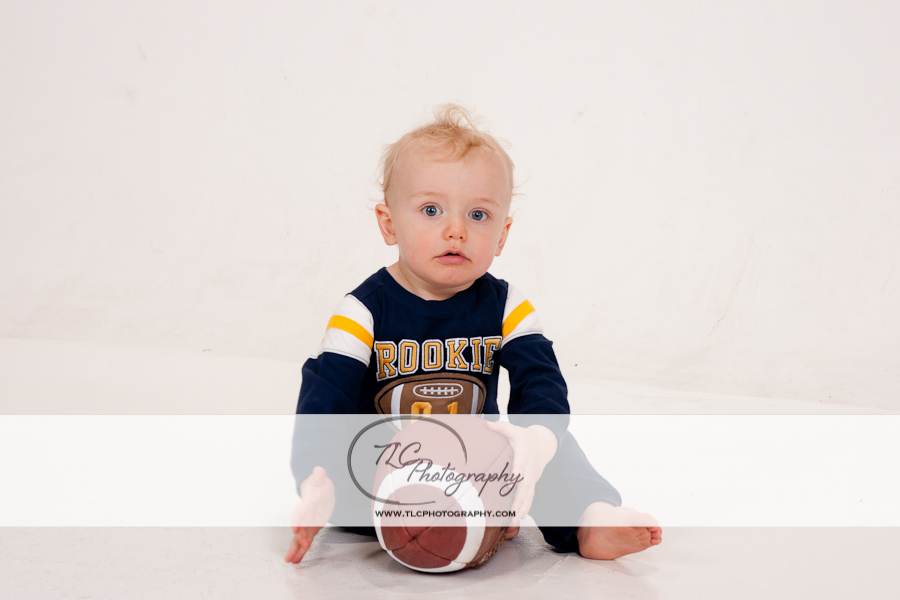 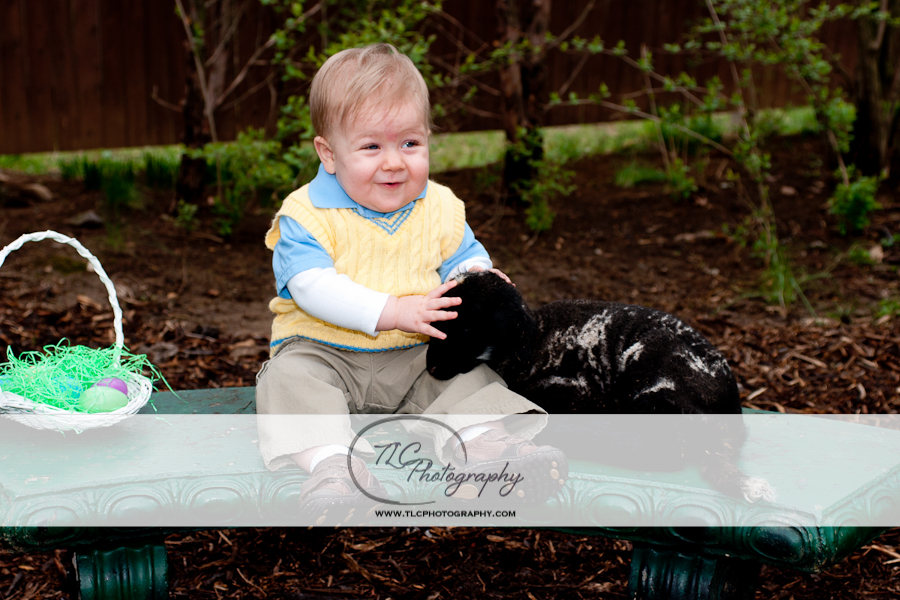 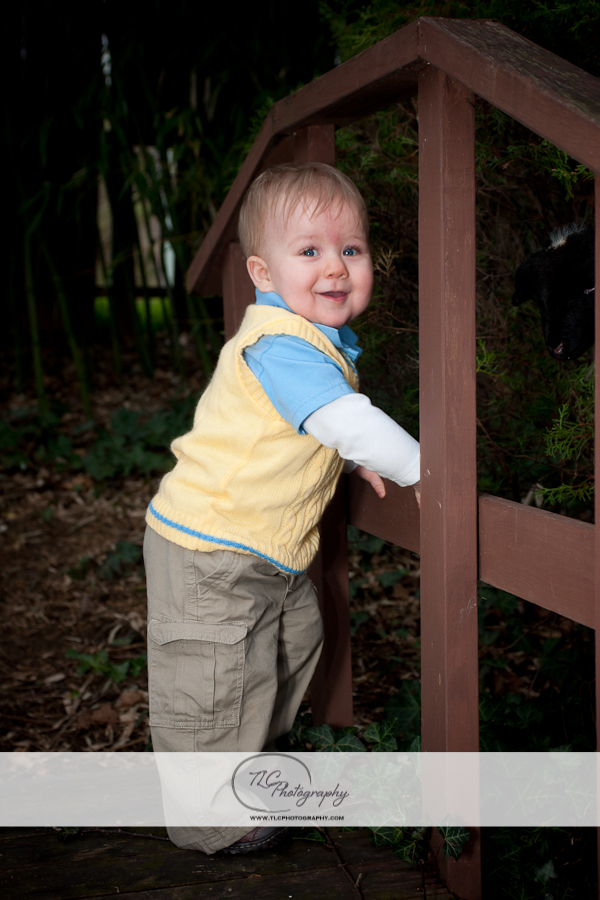 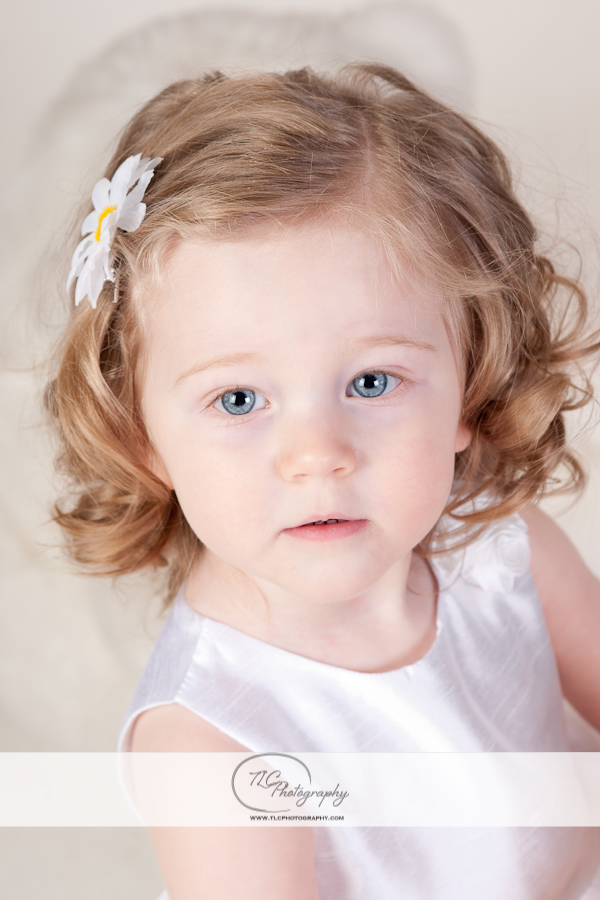 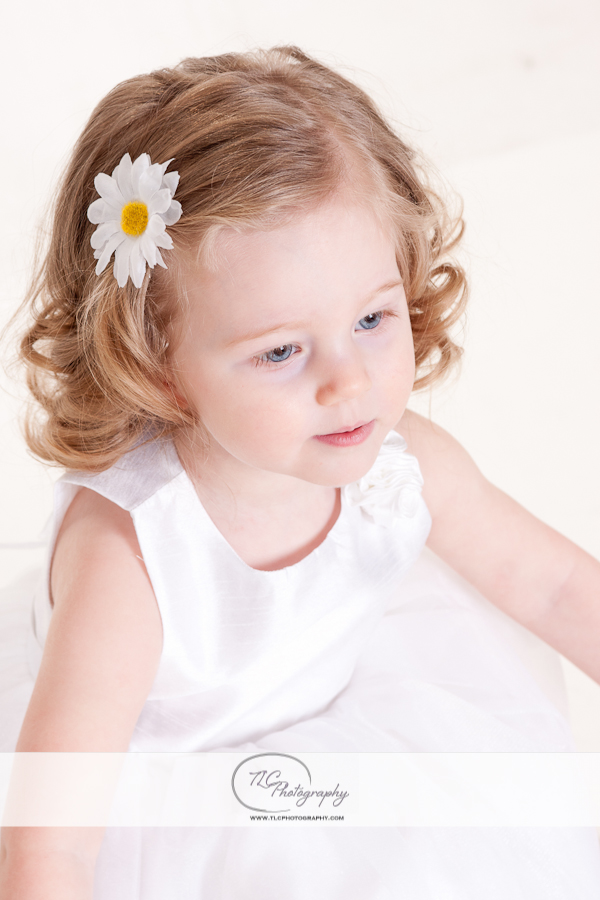 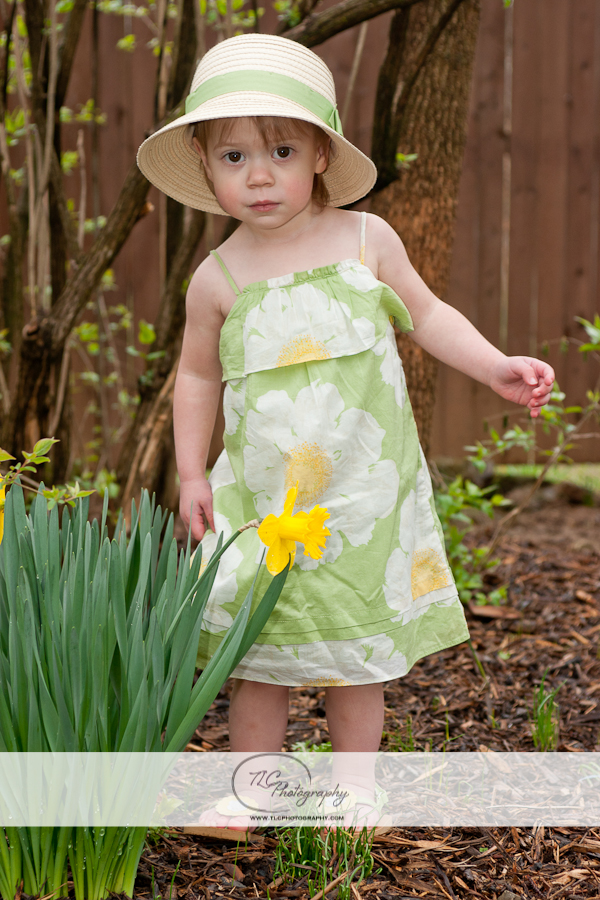 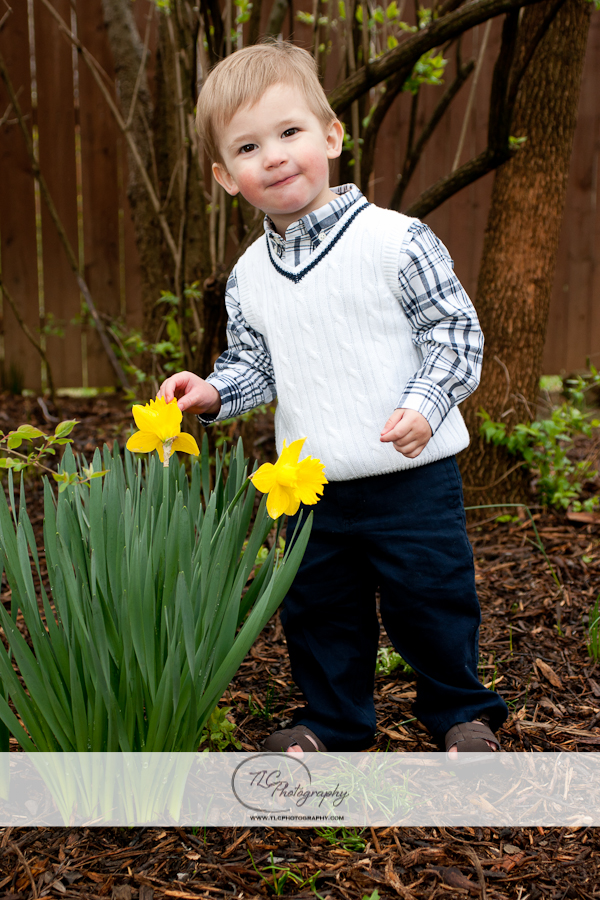 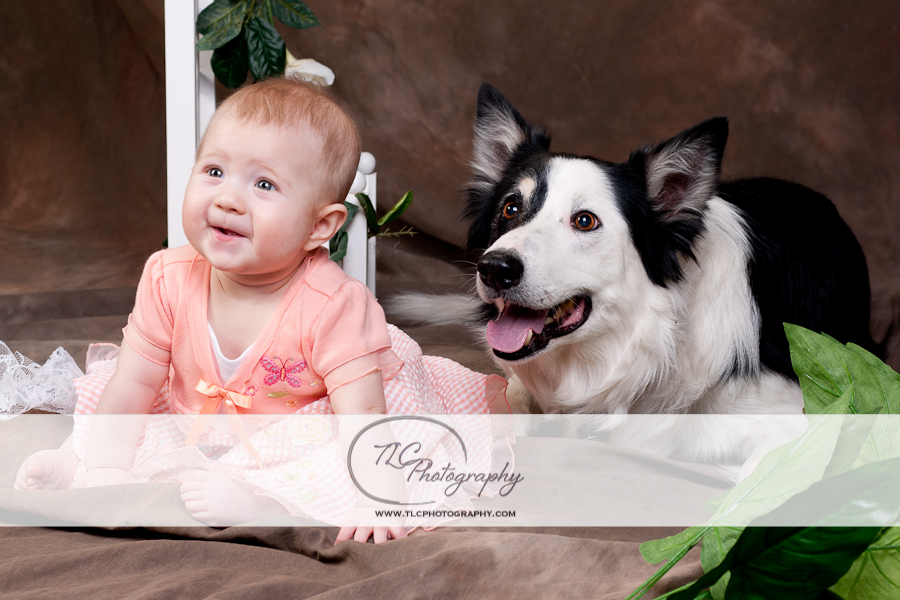 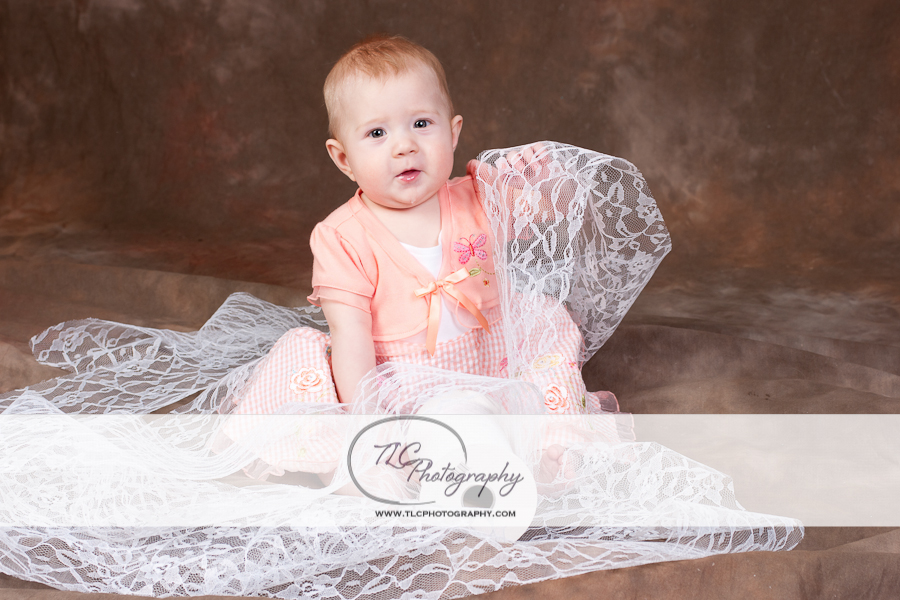 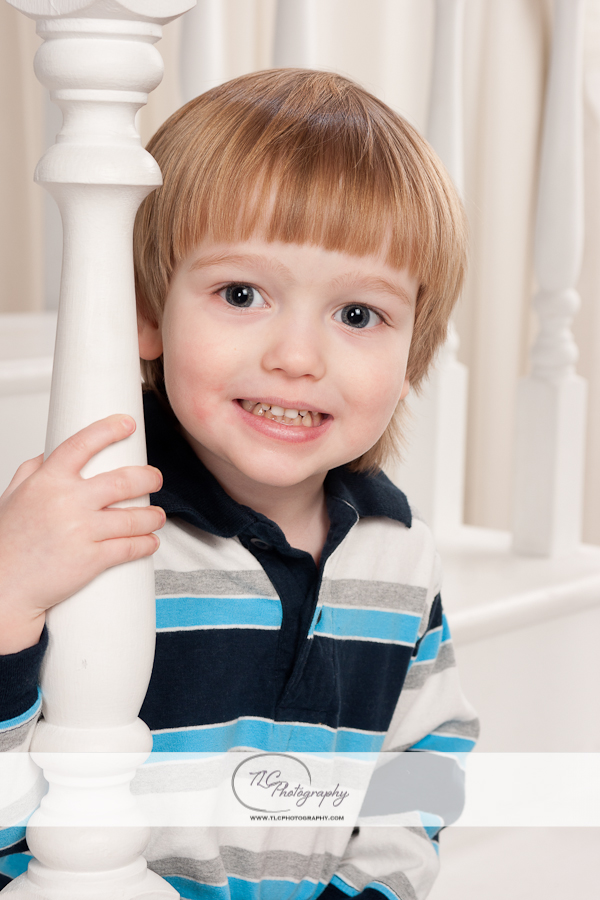 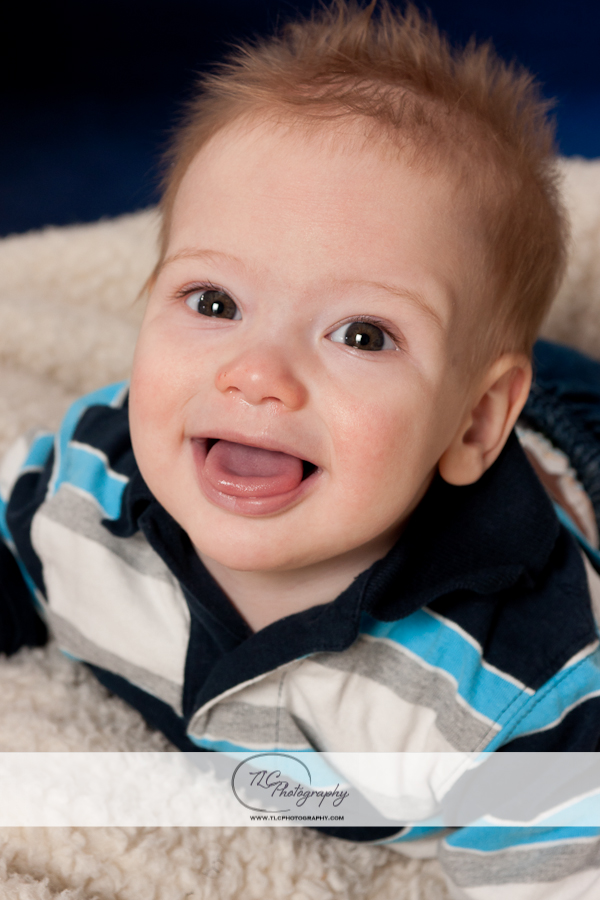 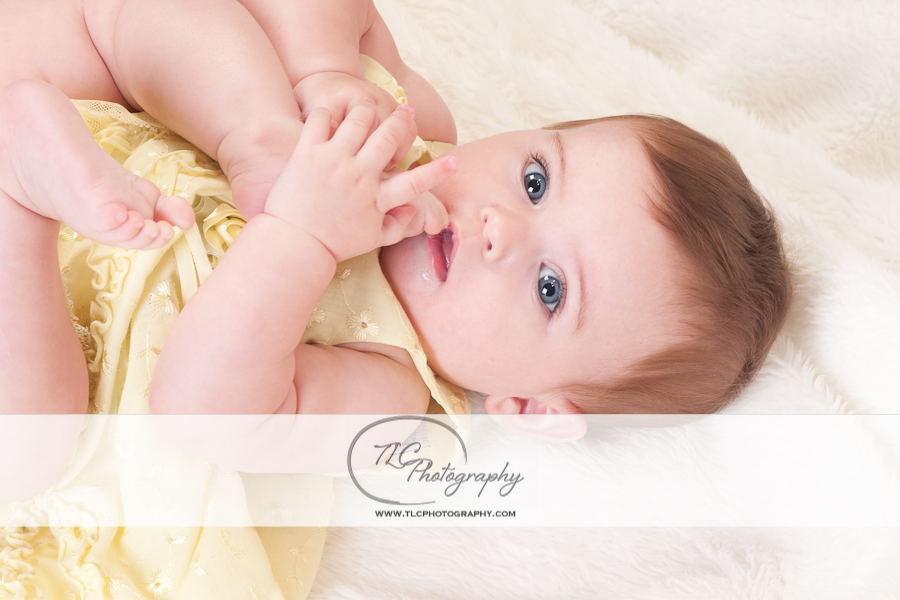 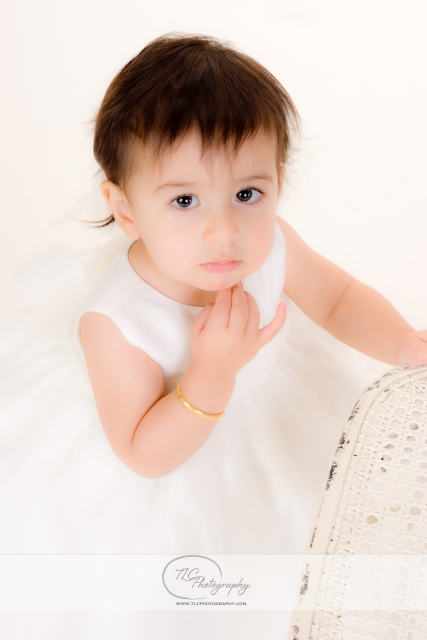 Holidays are for everyone

Tony
December 22, 2009
So often we find ourselves inexorably linked to the belief that without children, Christmas wouldn’t be worth celebrating.  After all, it is the son of Joseph and Mary that kind of started this whole thing.  Often times we find ourselves getting into the holiday spirit based almost entirely on the excitement in our children’s eyes.
This year, we have photographed more children’s holiday pictures than in any years past.  That tells me two things… one is that kid pictures make for really cute holiday gifts.  The other is that photography should be an important part of the reason we celebrate the way we do.
Little Morgan here is very strong-willed and had a lot of her own ideas.  But when we sat her in the middle of these boxes, her first instinct was not wonder and amazement… instead it was to determine how fast she could open all of them.  To her dismay, most of them were empty.
I guess that was kind of a cruel joke for a kid that’s only three. 🙂

Tony
December 22, 2009 1 Comment
I thought once you agreed to photograph three children under the age of five, all at the same time, you also took your sanity into your own two hands.  That appeared to the case with these three.  The older boy was more or less the anchor of the three kids, but it was clear that the challenge was afoot when we noted that one of the three was a little bit fussy and wanted a snack.
What ensued was bedlam for the most part.  The resulting image is actually a combination of images, giving you only only a glimpse of the classic children’s holiday portrait, but that it came from a necessity of blending.
Thanks, Diana, for saving yet another client’s images by working a little of that magic of yours.

Two lights in my eyes

At least once a year, my daughter (she’s really my stepdaughter, but I feel like we are closer than that) and grandson, Cameron, come in for photos.  He’s six now and having new pictures of him was already a necessity.

Cameron has gotten to the point where he somewhat rules the session… he knows how things work, and even picks some of his own props and backgrounds.  I enjoy the time he’s here, and we always have fun trying to figure things out.

As of last Friday, December 4…

Just eight days ago, Ella was still in the womb.

A little history, if you’ll indulge me.  About four years ago, we started doing some magazine work for a new publication.  We got along quite well with the publisher, and even did her daughter’s senior portraits.  So we had a great relationship with the magazine, we did a lot of work on several covers and tons of articles over the years.

So when Margo called us to photograph her first grandchild, we were more than honored – and we accepted immediately.

So, Julia (and Marla)

We first met Julia during the 2009 Most Beautiful Baby Contest (by the way, the 2010 Most Beautiful Baby Contest starts on January 15!), and she won second place.  ‘Vibrant personality’ comes to mind when I think about Julia.  She’s just so full of life, has a very definitive personality, and a smile that just cannot be ignored… or, as Diana put it “would melt a snowman.”

So, she was back last week, with her mom (Marla) and we once again were graced by her fun-loving nature.  Early on, Marla asked us to create a couple of images from Julia’s new-found love of dance.  Since Marla was also a dancer in her teen years, we did a few fun things and some very meaningful ones (to both).  But I had an idea in mind that really kind of took me by storm.  It was to create a kind of contrast in the size and difference in “ability” from someone who has many years experience, and someone who’s just starting out.  This is what we came up with.

Yes, those are Marla’s legs. 🙂
Of course, they (Marla and her mother, Tabatha) also wanted some Christmas photos.  Julia had other plans… she wanted to do what she wanted to do (as most 3-year olds do).  But we managed to get a few happy images of her… this was one of their favorites.

This is a really great family.  I enjoy seeing them, even if just out and about.
Merry Christmas, Miss Julia (you too, Marla and Tabatha)!

In the last several years, we have seen a rather dramatic rise in the number of maternity portraits. Now whether this has been because we are a more visible studio, our marketing or samples, or if there are just plenty of people who want this level of intimate portrait for their home… it matters not. But it is interesting to learn some of the top reasons why people are getting maternity portraits done.

“I want my baby to see how much we loved him/her before they were born.” I think this is probably the most popular response to the question at hand. Many people want the baby’s father involved, too, so that the child gets a distinct sense that both parents really cared about the progress of their child and how beautiful the whole maternity process is. Many even went on to have video or still photography during delivery.

“The art of maternity is astounding.” True enough from many perspectives. From the parent’s angle, this may either be their only child or one of only two or three they are planning. You can get a family portrait every year, but how often is a woman going to be pregnant in her lifetime with one of her little bundles of joy? The art surrounding maternity images is, for us, about so many elements… the lighting, the color, the belly, and for some, the interaction between mother, child, father, family, and much more.

In the last few years, we have taken portraits of families with the pregnant mom, pets, older children, dads and even siblings of the mom-to-be. From full states of dress, with even the belly covered by a shirt or sweater to complete nudity for the sake of the art and intimacy of the portrait, we have seen so many people who genuinely care about making sure that the deep love and commitment to their child is captured forever after.

One thing is certain with maternity portraits. They are an amazing way of displaying a kind of love for the unborn child that ordinarily is reserved for the moments following birth. In a recent maternity session, mom and dad held alphabet blocks with the baby’s name in front of her belly. Dad was very into the whole thing and became something of a contortionist in order to do whatever was necessary to create the ‘good shot.’ It’s moments like those that render the emotion we feel as part of why we enjoy doing what we do.

So… why maternity portraits? It’s for the love.

Generally, maternity portraits are best in the 7th or 8th month of pregnancy. We always encourage people to bring any props they wish, their family, pets, and anyone else who you feel is important in your baby’s life. Often times, people bring samples of what they would like, and we will even present a few of our own ideas.

But one thing remains constant… we always do maternity portraits with grace, elegance and class. From fully clothed family portraits to totally nude works of art, the important thing to us is that you feel comfortable and at ease.